Connect your shop with the product search of Google Shopping. By using our software, you export products specifically and automatically.

The company's history goes back over 100 years. Eugen Schmidt Schmidt GmbH was founded in Saarbrücken in 1911 as a bookbinding business run by Eugen Schmidt. Two years later, today's main business was added in the form of a small cardboard processing company. A few years later, in 1948, Eugen Schmidt's son, Horst Schmidt, took over the craft business which he continuously expanded. Through his efforts, the company was expanded into a medium-sized industrial enterprise. The processing of cardboard boxes as well as the trade with raw cardboard boxes and paper raw materials were the main branches of the company at that time. He built up an area-wide waste paper recycling system in the Saar region, which was very innovative and novel for the time. This resulted in the colloquial name "Kartonagen Schmidt", which the company still bears today.

In the following decades, little new happened until the company changed its location in 1973 and moved to Saarbrücken South. This was accompanied by an expansion of the company to an area of 10,000 m². At times, up to 20 women worked in the company processing cardboard boxes. The biggest customer was the Becker shirt factory in 1973.

Expansion in the eighties

At the end of the eighties, in 1989, Mr. Schmidt founded a shredding and document destruction company in order to expand the existing fields of activity of the company, cardboard processing and paper recycling, by a further field of activity. Towards 1993, the demand for solid board products began to decline. In contrast, the demand for corrugated cardboard packaging and packaging materials in general increased steadily. The company's main field of activity changed towards trading at the expense of its own production.

In 2006, the shredding and document destruction division was sold again.

Change in the company management

Unfortunately, Horst Schmidt, who had been the company's manager for many years, passed away in 2008. He left behind a successful and rock-solid company. His descendants or heirs were not interested in continuing the company despite the doubling of turnover in recent years, which is why a buyer was sought for the company. This was found in 2009. The new managing director, Mr. Bernd Preißer, bought the company and took over the management. Since then, he has been leading the company into the future with great success. He sold the waste paper division to a company from the region. He integrated the cardboard production into his modern processing plant in Pirmasens. He constantly invested in the expansion of Eugen Schmidt GmbH. He converted the former recycling hall into a state-of-the-art warehouse. The entire company building was renovated and the company's vehicle fleet was renewed.

The way to the future

Six years ago, in 2010, Eugen Schmidt GmbH expanded its field of activity again and set up an online shop with a link to the company's own merchandise management system. In 2012 a new catalogue for packaging technology and packaging machines was launched with a quantity of 3000 catalogues. At the moment, a new catalogue for packaging materials is also in the works. The aim of all this was to secure the company's market position and, of course, to expand it, which also worked. Turnover in 2009 rose from 3.9 million euros to 5.7 million euros. In addition, there is the new QPartner partnership with which the company wants to bundle its resources, needs and company knowledge. As a result, stocks have been reduced and the product portfolio increased, contacts and know-how can be exchanged. An efficient network has been created. The currently available Q-products have become our top products after the cardboard boxes. Since only QPartners are allowed to offer this product portfolio, Eugen Schmidt GmbH has gained a kind of unique selling proposition. The company obtains most of the cardboard boxes currently in its range from its sister company G&G Preisser GmbH in Pirmasens, which the new managing director Mr Preisser brought into the company. 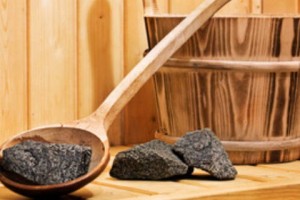 Saunaexperte is a successful online shop from Mannheim that specialises in sauna and wellness products. 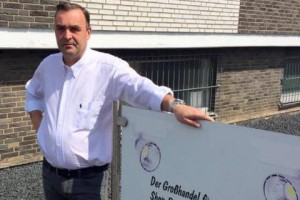 Leuchtstark GmbH is a successful wholesaler of lamps and lighting solutions and has been successfully established on the online market for years. 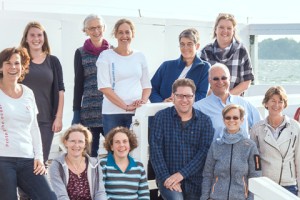 The great fascination for the sea and to use it without using it, without harming it.