At the very beginning, of course, there was a great fascination for the sea for us marine researchers, that's clear. Using it without using it, without harming it, was quickly the next task. And in 1994, it was the starting point for the founding of CRM - Coastal Research & Management, which to this day develops solutions for sustainable coastal management. Which, as a researcher, you could actually be satisfied with.

But we weren't. We wanted (and want) to be sure that our scientific results and the processes we develop are used sensibly - sustainably, ecologically and socially. So we first founded "O'well - Ocean Wellness GmbH" and then oceanBASIS, which is now the manufacturer of Oceanwell.

In 1998, the cultivation of Laminaria saccharina, a native seaweed was our focus. We knew that its ingredients had enormous potential for health: minerals, trace elements, special amino acids, algae sugar (that is why it is also called sugar kelp) and polyphenols, among other things. Laminaria itself needs these for wound protection and to avoid drying out, because algae are exposed to harmful influences much more directly than living organisms in the air. Aggressive compounds are neutralised by polyphenols and the plant can regenerate more quickly. Polyphenols perform the same function on the skin - they reduce oxidative stress caused by environmental toxins and solar radiation, protect DNA and RNA from damage by radicals and therefore have an anti-inflammatory effect. Wow! So how do you get that into a jar? By first thinking about cultivation.

Laminaria algae farming was the idea. In a study for the German Environmental Foundation we were able to prove that it increases biodiversity, removes carbon dioxide from the atmosphere and thus counteracts global warming. It also promotes the self-purification power of the sea because it converts its excess nutrients and in return supplies the sea with oxygen. This form of sea exploitation deliberately extracts only what was previously planted. This makes our algae farming fundamentally different from the fishing of natural stocks, which destroys important habitats worldwide. An approach that was worth a research prize in the magazine "mare". And we put it into practice in 2000 with our first algae farm in the Kiel Fjord. In 2002 it was enlarged to 4000 square metres and we were able to celebrate the first big harvest. Done? Almost. What remained was the technology, the products, the logistics and: the turtle babies.

Saunaexperte is a successful online shop from Mannheim that specialises in sauna and wellness products.

Leuchtstark GmbH is a successful wholesaler of lamps and lighting solutions and has been successfully established on the online market for years. 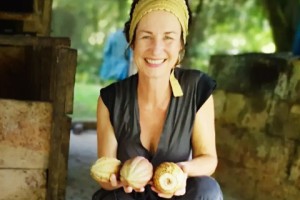